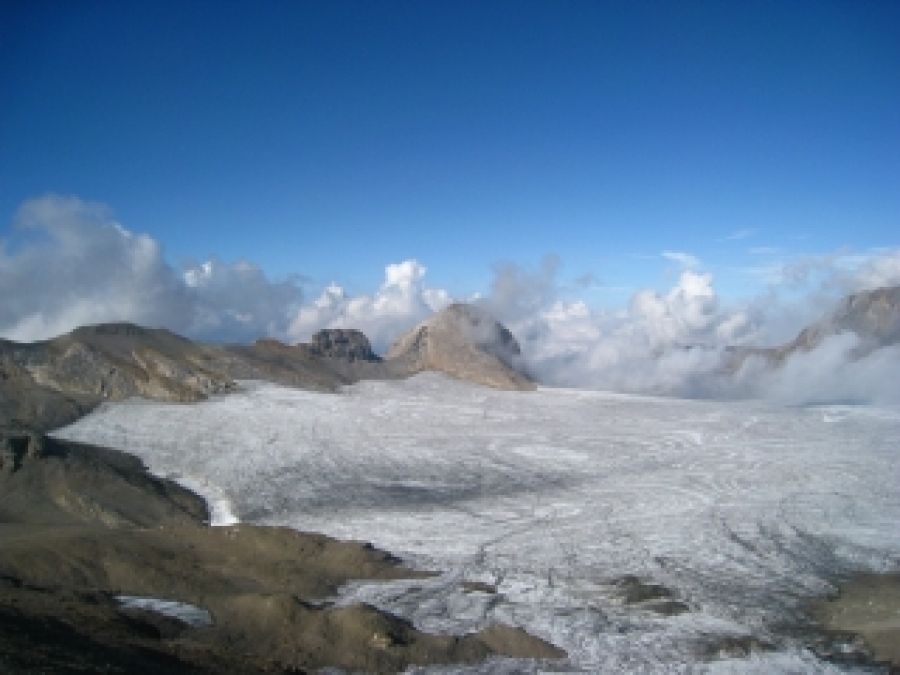 Climate Change is threatening our planet. According to the Intergovernmental Panel on Climate Change’s ‘Special Report’, if global temperatures rise above 1.5 °C (above pre-industrial levels) we will face extreme climate events, a substantial increase in biodiversity loss, and difficulties gathering fresh water.

Climate Change in the Alps

The situation in the Alpine region is even more alarming, with rising temperatures about “twice as large as the global trend” (Brunetti et al., 2009). Furthermore, climate change’s effects are three time stronger in the Alps than the world’s average (OECD, 2007) and gathering fresh water is becoming an increasingly urgent issue. Over 90 percent of glacier volume in the Alps could be lost by 2100. Ice melting has become a symbol of climate change in the Alps, since it is the most visible and easily measured effect of climate change and due to the glaciers’ high importance for the region’s landscapes, ecosystems and economy. ‘The Cryosphere’ review envisages two alarming scenarios in which, depending on the increase in global temperatures, Alpine glaciers may or may not survive.

Several Alpine protected areas are carrying out concrete actions to deal with the effects of climate change which mainly consist in monitoring and research, adaptation and mitigation measures, promotion, educational activities and dissemination of relevant information to the general public.

In France, the project Alpages sentinelles, started in 2000, studies and measures the effects of climate change on 31 Alpine pastures. The project’s goal is to develop adaptation measures to preserve the traditional pastoral activity in the Alps. It involves the Ecrins National Park, Vanoise National Park, Mercantour National Park, Chartreuse Nature Regional Park, Vercors Nature Regional Park, and Luberon Nature Regional Park. The partners of Alpage sentinelles met last March to analyse the results of 2018 - the warmest year ever recorded since the launch of the project. They agreed that the most effective measure is to manage the Alpine pastures in a way that avoids further stress on the grasslands. Indeed, pastures are already feeling the effects of increasing temperatures, resulting in the depletion of vegetation. 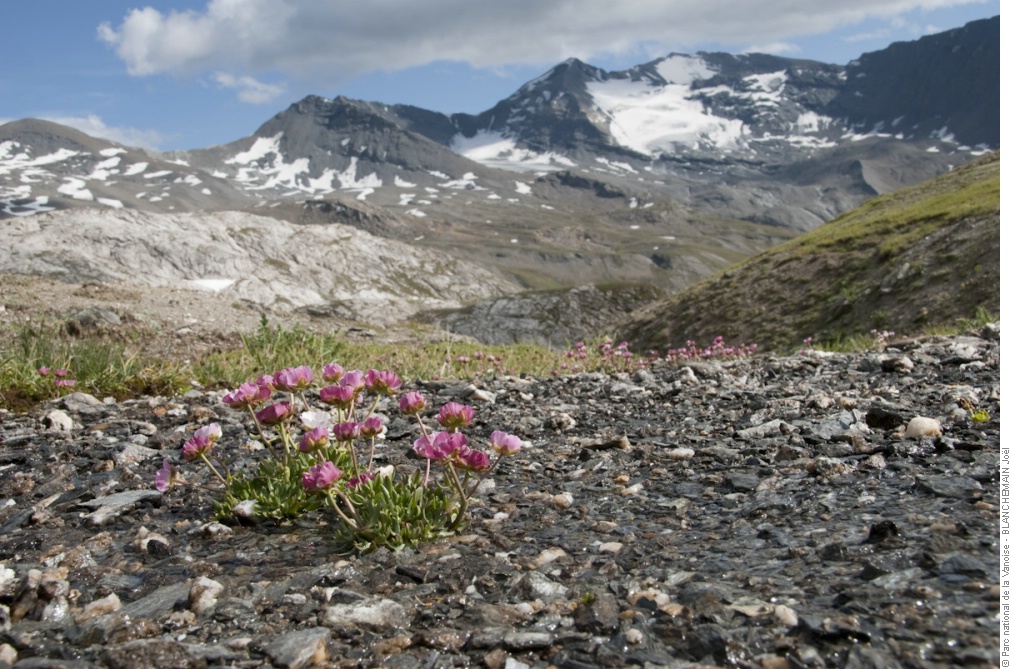 In the same direction, the National Park of Ecrins and the National Park Gran Paradiso launched the LIFE project PastorAlp. Based on a consistent activity of transboundary research, the final output of the project consists of developing a platform of tools to facilitate the adoption of climate change adaptation strategies in the two parks.

The Interreg Alcotra CClimaTT project involves transborder protected areas from France and Italy. The objectives of the project include:  gathering more knowledge and understanding of climate change effects; involving and informing the general public; and influencing people’s behaviour toward greater environmental responsibility. Within this framework, the Ente Aree Protette Alpi Marittime and National Park of Ecrins, offered 40,000 euros to eight projects, selected by a jury of experts, that promote a resilient and climate-smart future under the motto “If climate changes… we change as well!”. The winners will implement activities for the mitigation and adaptation to climate change in Alpine areas.

The Festival scientifique “Avec ou sans Glace” is an example of a series of activities held to inform the general public on the effect of climate change in the Alps with specific reference to glaciers melting. The conference organised by the National Park of Vanoise (France) included a ‘geological hike’ to discover the impact of the melting glaciers and a conference where climate change experts interacted with the public.

Apart from informing the general public, protected areas play a key role in carrying out educational activities on climate change effects. For example, the Natural Park of Adamello (Italy), together with a local high school, organised outdoor activities dedicated to pupils under the Interreg project YOUrALPS: The trees in the Alps as a signal of climate change. Students were guided by experts to discover the effects of climate change on forests to better understand the changing ecosystem. In Austria, still under the YOUrALPS project, educational activities were carried out in the Nature Park Geschriebenstein where high school students were confronted with the issue of extreme weather events caused by climate change. During on-field activities, they experimented with climate change adaptation and mitigation measures against floods.

In Slovenia, the Triglav National Park is part of the Julian Alps Biosphere Reserve. This initiative is an intergovernmental research programme that establishes a global network of biosphere reserves. This network strives to uphold the balance between people and nature, biodiversity and sustainable development and upkeep of cultural values. This is a great example of the enhancement of an active ‘sink’ of GHGs, which is a strong mitigation measure against climate change.

Moreover, the Berchtesgaden National Park, in Bavaria, is involved in different climate monitoring activities. One of these activities is the Klimamessnetz (Climate monitoring network).  It relies on the National park service and the German weather service to track the changes in Alpine climate in the long run and in a large area. Moreover, the National Park is one of GLORIA-EUROPE research sites whose goal is to understand future scenarios we will have to face due to climate change.

Climate Change is producing severe effects on the Alps, but protected areas are fighting to resist.

If the climate changes… We change as well!

The Trees in the Alps as a sign of Climate Change

Brunetti et al., 2009, ‘Climate variability and change in the Greater Alpine Region over the last two centuries based on multi-variable analysis’, in International Journal of Climatology

Zekollari et al., 2019, ‘Modelling the future evolution of glaciers in the European Alps under the EURO-CORDEX RCM ensemble’, in The Cryosphere, volume 13, pp. 1125-1146