A dozen Parks with a national label 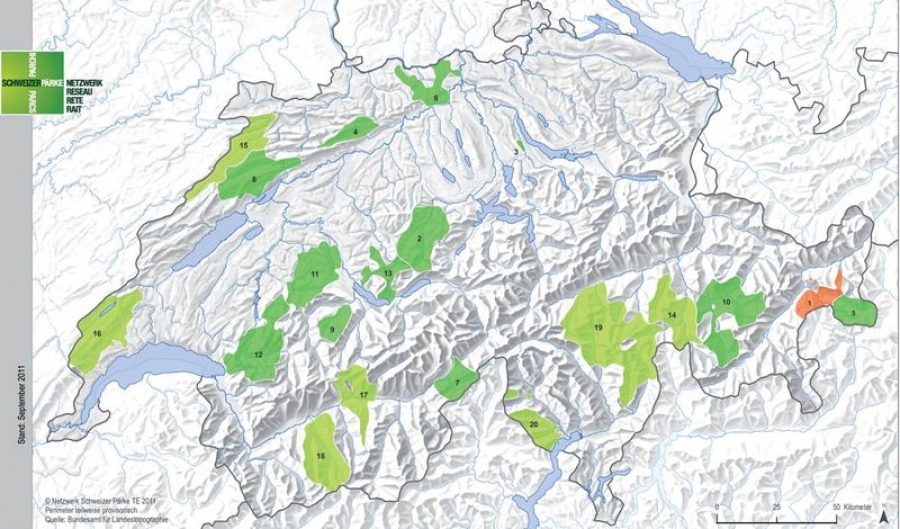 A happy day for the Swiss parks: 8 parks got the label “Parks of national importance” by the Swiss federation.

In December 2007, the legal basis for the creation of new parks came into force. Therefore new parks next to the Swiss Nationalpark , which exists now for almost 100 years, were created.
Next to the wildness park Zürich-Sihlwald , which won acceptance as a nature discovery park, the UNESCO biosphere reserve Entlebuch and Val Müstair and as well the region Thal were accepted.

The following eight parks will start their operational phase fort the next 10 years: