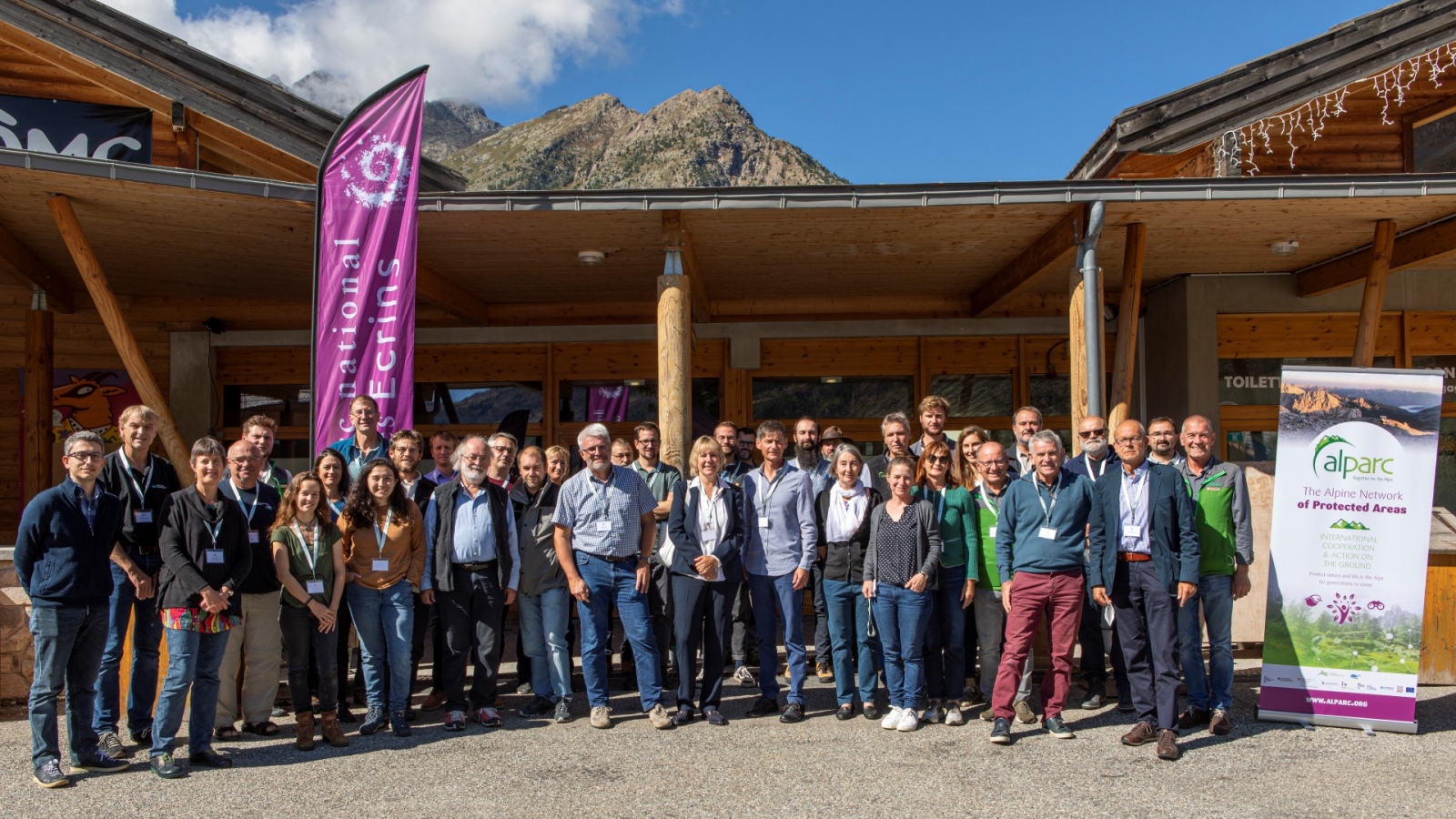 From 16 to 18 September, some sixty representatives of Alpine Protected Areas from all alpine countries celebrated the 25th anniversary of the ALPARC network in Le Monêtier-les-Bains (France).

Founded in 1995, the Alpine Network of Protected Areas has been involved for a quarter of a century in the implementation of the protocol "Nature protection and landscape maintenance" of the Alpine Convention. Due to the Covid19 pandemic, it was therefore with a little delay that the actors of the network celebrated this anniversary within the Ecrins National Park, host of the ALPARC premises at the very beginning of the network. The joy of finally meeting in-person again was all the stronger, after more than a year of digitalised international cooperation. For the occasion, all the Alpine countries were represented, and the event was rich in international dialogues during both the workshops and the excursions in the heart of the park.

Thematic exchanges focused on current topics of international cooperation. Alenka SMERKOLJ, Secretary General of the Alpine Convention and Isabelle Paillet, French Focal Point of the Convention recalled the unique and strong bond which links ALPARC and the Alpine Convention. The ALPARC team presented a brief history of the network's activity, highlighting the importance of Protected Areas in the Alps and calling for more biodiversity protection especially through the realisation of an ecological network across the mountain range. Thematic workshops completed the exchanges between protected area managers: A first one dealt with current challenges of parks as key players in mitigation and adaptation strategies towards climate change and biodiversity loss. A second one illustrated challenges and opportunities that health tourism represents in the sustainable development policies carried out by the Alpine Protected Areas. In this context, the Interreg HEALPS2 project was presented to the participants, as well as concrete examples set up in alpine parks.

Beyond speeches only, it is on the ground that the actions of the parks are visible. Therefore, several excursions were integrated into the program of these festivities. Saturday was the occasion of a long and magnificent hike in the heart of the Ecrins National Park, the highest alpine park. An occasion as well to observe at the Arsine glacier the terrifying speed of global warming in the alpine environment. Participants had the pleasure of exchanging news from all around the Alps during the traditional Alpine buffet and the official dinner for the 25th years anniversary offered by the Les Ecrins National Park.

Invited to celebrate the event, Mrs. Bérangère Abba, Secretary of State for Biodiversity was partially present during the event and an official ALPARC delegation could converse with her and the Secretary General of the Alpine Convention about the most urgent issues in biodiversity protection stressing the message that only together and ecologically inter-connected, do the protected areas of the Alpine arch have the potential for the conservation of the natural heritage for generations to come.

ALPARC, the alpine network of protected areas thanks very much the Les Ecrins National Park, its director and staff for their strong involvement in the organisation of the event as well as all participants and supporters having been present.