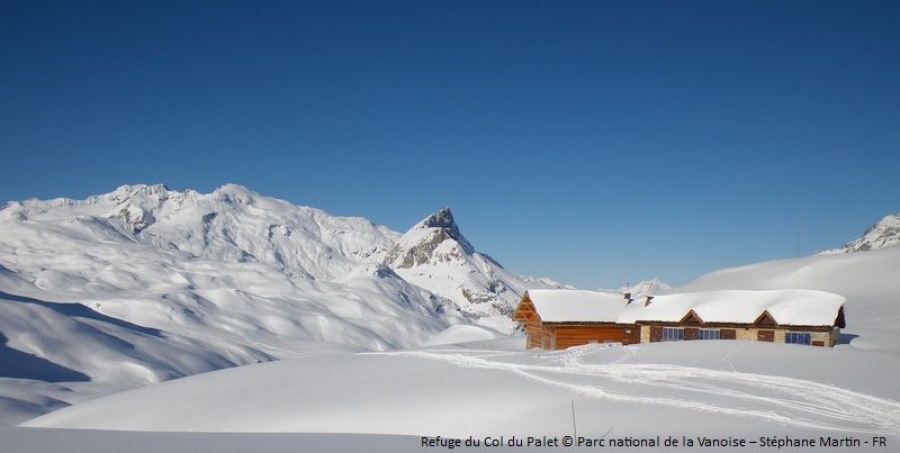 A First in France: the Col du Palet refuge, in the Vanoise National Park/F, is going to adopt the use of hydrogen to manage its energy.

In June the Col du Palet refuge, set in an exceptional, wild location in the Vanoise National Park, will adopt the use of hydrogen for its energy management. This is an unprecedented event in France! It is a very important step forward in the field of sustainable energy concerning the Alpine areas and the enhancement of the use of renewable resources.

The energy currently used by the refuge is supplied by solar panels, a form of energy that is already   clean and respects the environment. However, the energy produced by the photovoltaic panels throughout the year is, unfortunately, wasted for lack of a means of storage. That is the reason behind the idea of using hydrogen technology, as this makes it possible to optimise the production and long-term storage of solar energy. Indeed, according to Stéphane Martin, technician in the Vanoise National Park, “Hydrogen technologies are first and foremost a fantastic means of storing electrical energy and redistributing it cleanly by avoiding the emission of greenhouse gases.”

The Col du Palet refuge, situated at an altitude of 2,600m and difficult to access, will therefore be able to benefit from this technique and use previously stored energy at periods of peak energy consumption. In short: less waste and more positive effects on the environment.

The project is largely financed by the European Regional Development Fund (ERDF) and, if it is successful, other refuges in the National Park will adopt the same energy management system. In this context, ALPARC will step in to communicate and facilitate the transfer of experience and skills to the other managers of refuges in the Alps.

The common aim of all these actors is to promote energy innovation in order to develop and materialise new eco responsible systems.