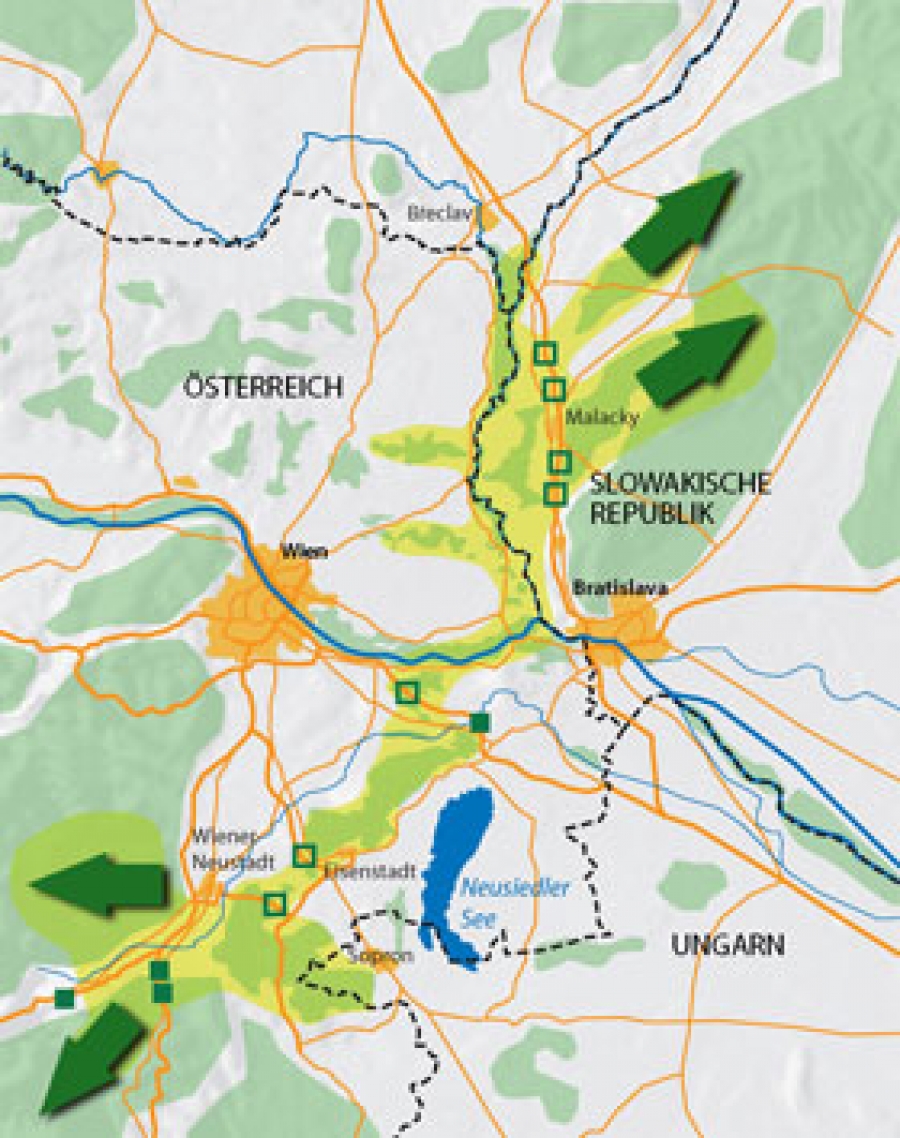 The Alps and the Carpathians shelter a large variety of large wild animals such as deer, lynx, wolf or bear – species that nowadays strongly depend on humans for the conservation of their natural habitat.

The corridor between the Alps and the Carpathians is a traditional migration route for wildlife. This corridor does not only connect the Eastern border of the Alps with the Little Carpathians in Slovakia but also crosses a highly dynamic European region located between the cities of Bratislava, Sopron and Vienna.

In the frame of this transboundary project financed by European funds, several actors collaborate with the aim of the definition and exemplary realisation of concrete activities to improve ecological connectivity. These actors come from nature protection and landscape planning and cooperate with partners from transport, agri- and silviculture, hunting or tourism and also with the concerned communes.

After an intensive preparation phase the project was started mid February 2010. Several partners from Austria and Slovakia are involved in the project.

The Alps-Carpathians corridor supports the aims of the Alpine Convention and constitutes, besides the Danube and the Green Belt along the former “iron curtain”, a major migration route of European importance.

Link to the official project homepage:

Further information about the project: